The former Mexico 1968 goalkeeper has been reportedly been sick and has cried for help. The Prophet upon arrival busted into tears upon seeing the condition of the former 80-year-old Nigerian international, expressing regret that he has not been adequately cared for despite his service to the country. Prophet Shola had travelled from from his Solution Ground in Lagos to Sapele, Delta state to know the state of welfare of the former soccer legend.

He had gone with relief materials, including food, water, cash gifts and other items as well as to settle some medical bills of the Nigerian patriot.

Football Legend, Peter Fregene, the flying cat is dying, let’s come to his aid, Prophet Christian Shola, had advised after the visit to the FIFA number 4 world best goalkeeper in his reigning days.

“We’re all busy online, with social media and forget our own legends dying in hunger and lack, may God heal our mind of this plague called social media addiction, some mothers have lost precious children, women lost marriages, jobs, homes broken because of social media”, he said.

The relief materials and cash were handed over to a family member who expressed joy over the visit, praying for God’s blessings upon Prophet Christian Shola and SolutionTV Crew and Partners. Shalom and Win Forever ❤️ 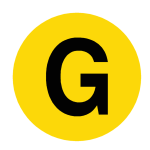